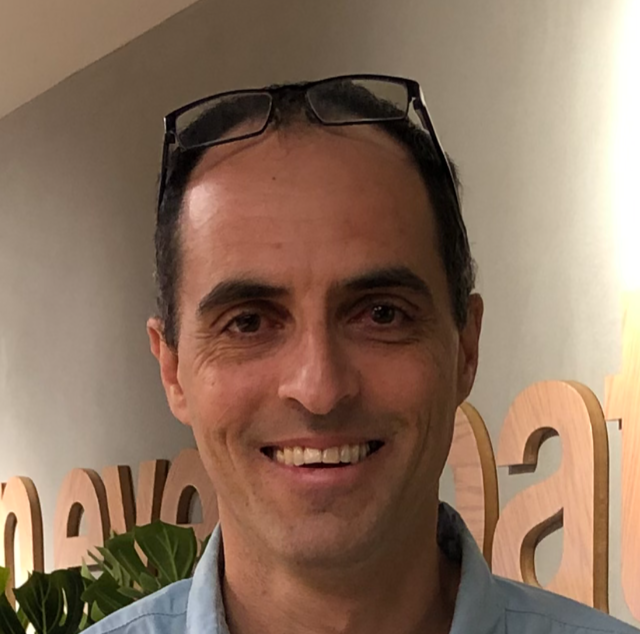 Tell us a little bit about your background

I've been programming since I was a child, on an IBM compatible computer. I completed a PhD in applied mathematics. My focus was on algorithms and 3D surfaces. After completing my PhD, I started working at Cimatron in the field of computer graphics. I moved from developer to a team leader, and after a few years I joined Cadent, where I managed the algorithms team until it was acquired by Align. My tendency is always to look for neat solutions and I felt that I was more of a software than a hardware kind of guy.

Was there a turning point in your career? A moment when you understand that you need to change direction or look at things from another perspective?

About six years ago, I decided to abandon the world of mathematics, a world in which I reached a very high level, including lectures at prestigious conferences. However, I felt the need to look for new places where I could learn new things, so I decided to go back to software. I became a software architect, and began to specialize in the worlds of distributed systems and API. There I became familiar with the world of Web. So I actually moved from the c / c ++ development world to the web development world.

What are you going to talk about at FTRD? And why is it important today?

The subject of WebAssembly is a new topic, if I'm not mistaken, the first version of the spec was created in early 2017 or 2018, so we're still looking at the issue and whether to adopt it fully. It's a new trend that holds a lot of promise. Until then the only way to improve browser performance was by improving Javascript code execution in-browser, the WebAssembly topic gives access to Native code in other languages ​​by compiling the code into the WebAssembly is a binary instruction format for a stack-based virtual machine. There are two main advantages here: First, the possibility of writing part of the code in another language rather than Javascript and compiling it to a binary format, WebAssembly, that matches the browser in several operating systems, and second, using an existing code and allowing access to it through the Web creates a better accessibility to the old code. It helps us a lot in complex calculations and 3D calculations. This is a very strategic issue for the company.

In the code field, I follow Robert Martin. I initiated technological meetings in my company and we watched his videos together. In the field of functional programming, a person who influenced me very much is Rich Hicky who wrote the language of Clojure.

What do you think is the most important thing in the field of Full Stack and development in general?

I will take this question in the direction of the programmer. I think it is important to understand what you like and to specialize in it up to the level of mastery. For example, the field of machine learning is an important field for those who love mathematics.